Ghanapathy, the eldest son of Lord Shiva is the God of wisdom and was created to clear the obstacles from the paths of the devotees on their spiritual pursuits. Thus Ghanapathy is worshipped first before the commencement of any function e.g. weddings, festivals, the beginning of education , moving into a new house etc..

Lord Ghanapathy has the head of an elephant, which resembles the word AUM in Tamil – The letter A signifies creation, U signifies preservation and M signifies the final dissolution. The trunk in the middle of the face signifies His powers to reach anywhere. One of His tusks was broken off by Him to write the Mahabharatha story (considered by many as the fifth Veda) for Sage Vyasa, who wanted the story to be written a fast as he imagined it.

In the Temple, apart from Moolasthana Ganapathy we have several other forms of Lord Ganesha.

Panchamoha Ghanapathy
Ghanapathy with five heads. In this form, His vehicle is a lion. He is also called Heramba Ghanapathy. This form of Ganesha is used during our Ther (Chariot) festival and for Vinayaka Viratham.

Outside Ganesha – allowing devotees to pray to Ganesha, even when the Temple is closed. In this form.

He provides guidance to devotees at any time of the day or night.

Kodi Stambham
Kodi Stambham – Ceremonial Flagpole which symbolises the spine and our journey to God, and is an essential feature of our annual summer festival (Mahotsavam).

Palipeedum – Shaped like an upturned lotus, this is where one should sacrifice all negative qualities, in order to receive the full grace of God. 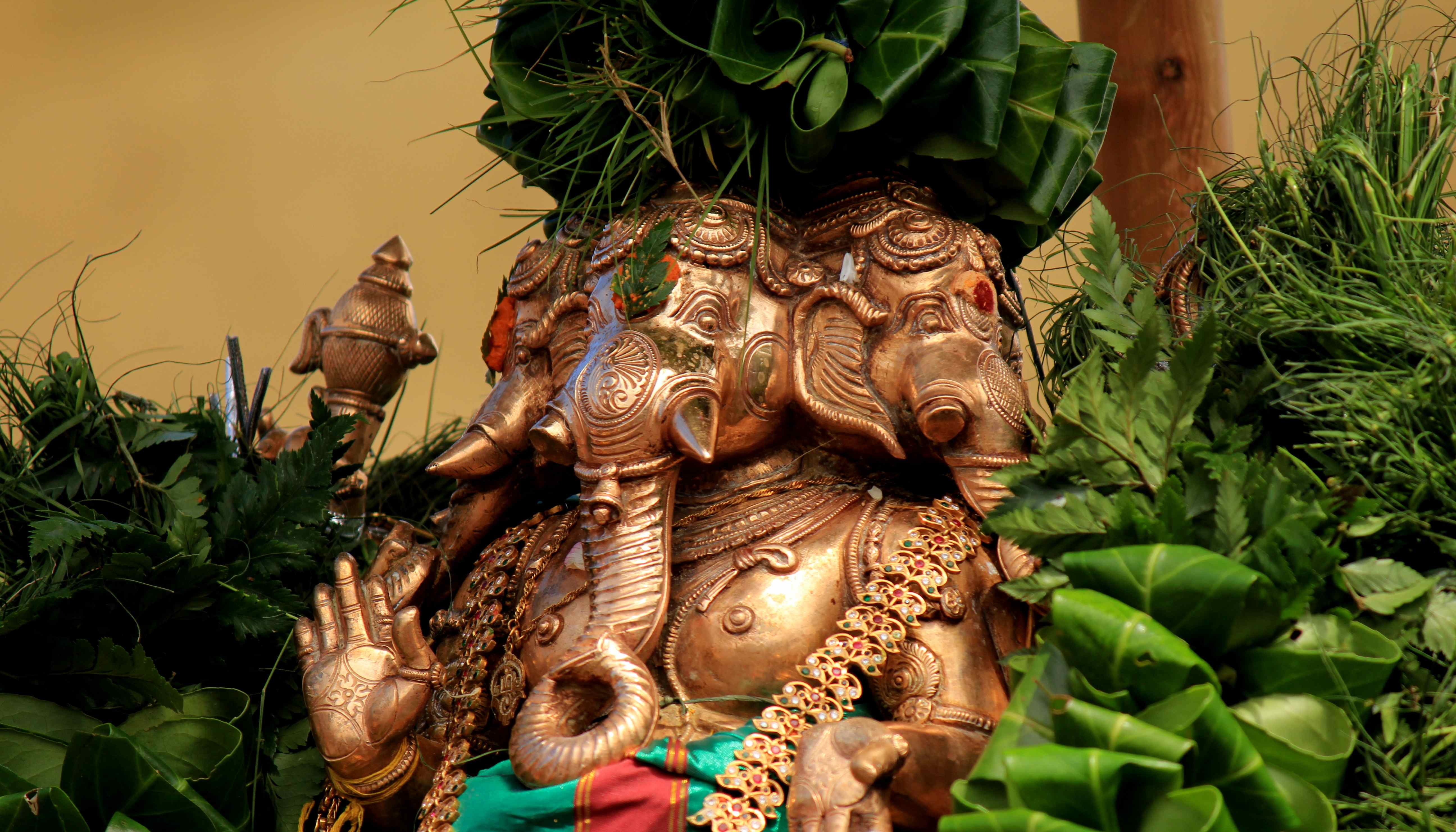 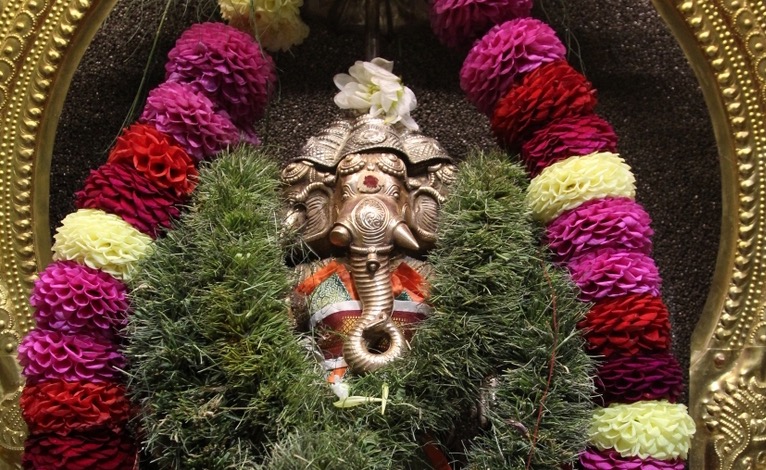 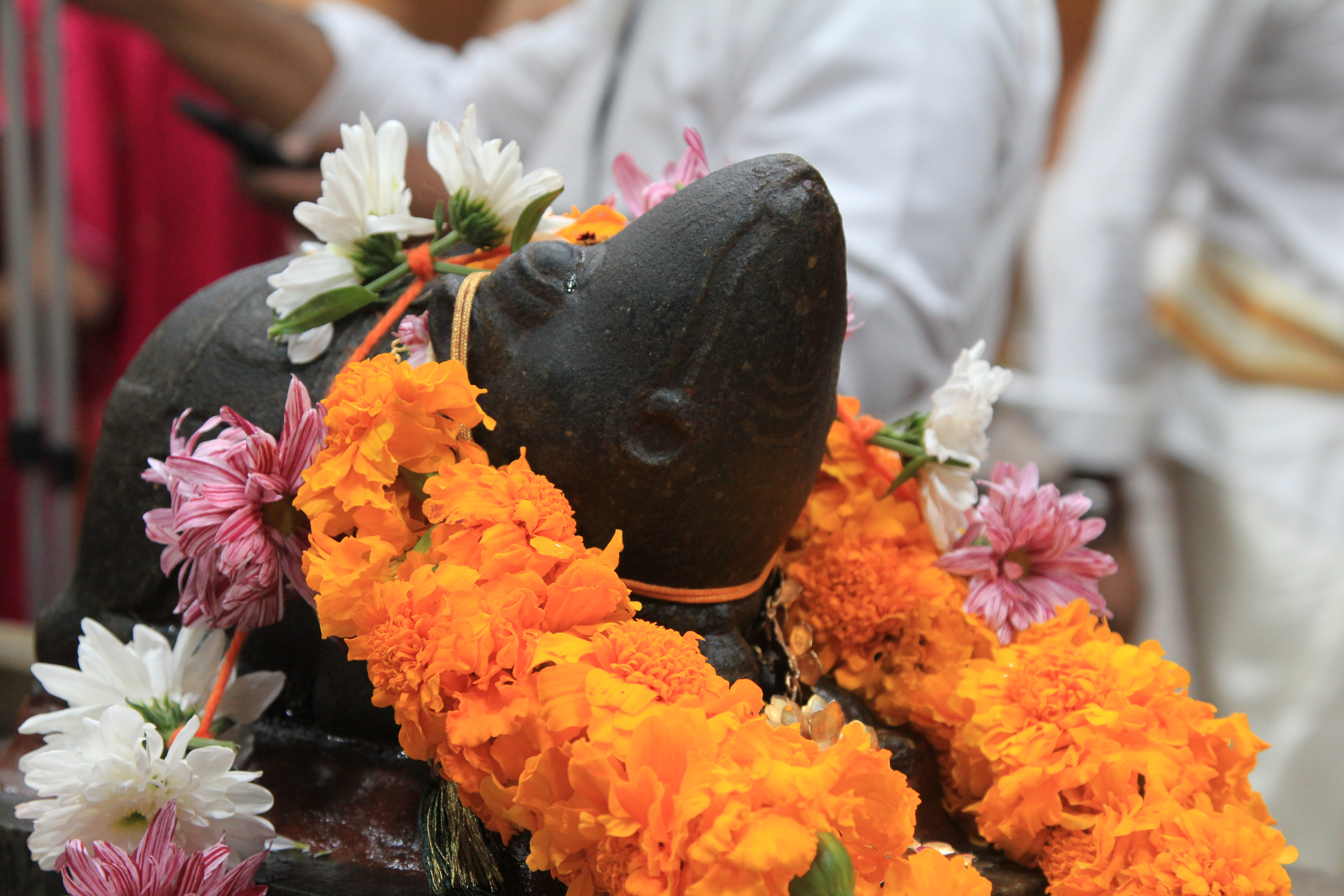